Many engineers would argue that geomembranes are only fluid barriers and are not meant to be load bearing in any manner. All loads should be carried by geosynthetic counterparts, such as geotextiles, geogrids, etc., that are placed over and under the geomembrane. However, from a materials and installation standpoint, it is virtually impossible to transmit all load to the adjacent layers. Additionally, it is not usually cost-effective to build a heavily redundant composite system that takes all mechanical bearing off the geomembrane. 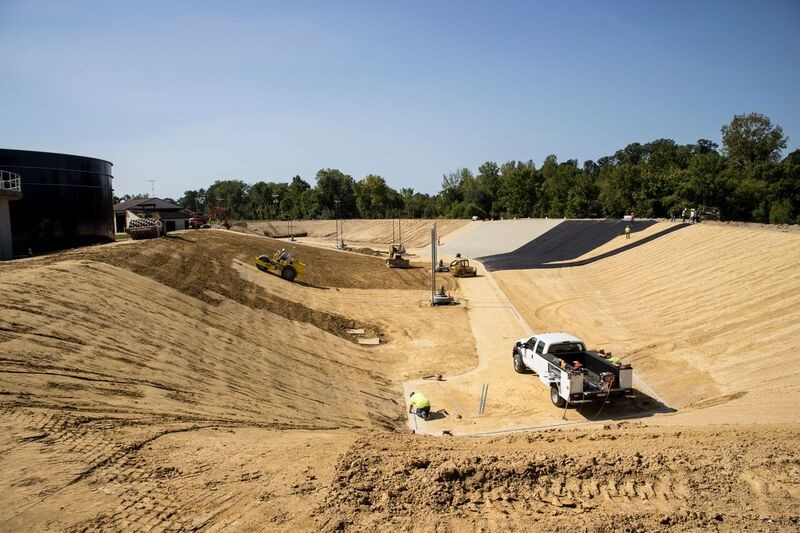 Geomembranes, like most engineered materials, are subjected to loads and will fail under certain conditions. In a broad sense, you could assume mechanical failure would be defined as a failure to carry a subjected load. And it would not be failure from an environmental influence, such as UV, thermal stresses, or chemical attack—although all could weaken the membrane, and/or concentrate loading, resulting in a mechanical failure.

Four Types of Loading That Can Lead to Failure

Consider these four major mechanical stresses that can cause geomembrane failure and how to prevent them:

To avoid the stresses listed above, here are three strategies to consider when specifying a geomembrane system:

1. Evaluate using one with low thermal expansion and contraction characteristics whereby it can be used without overburden.
2. Check anticipated slope loads, design accordingly.
3. Consider alternate ways to ensure a smooth, stable subgrade, such as adding smooth base materials and or using geotextiles.

Constructability should deal with these basic mechanical failure mechanisms, incorporating product selection and application in the design process.

Learn more about the XR-5 Geomembrane.