How does permeability occur in an impermeable geomembrane?

How does permeability occur in an impermeable geomembrane?

As a quick review, chemical resistance is one of the most important gateway pieces of data when selecting a geomembrane. But also consider that the barrier properties are assumed to be consistent with chemical resistance. In other words, if a geomembrane is chemically resistant to a fluid–as determined by the steps outlined in the previous blog series−it is also equally suitable as a barrier. But is that true? This series will take a deeper look at that assumption.

We will start with a review of the theory behind permeation through soils and through plastics.

Flow through soil is considered porous flow as water flows around particles. That flow (note it is water, not other liquids) is defined by Darcy’s Law, stated as:

Where:
Q = Flow (cm3/sec)
K = Hydraulic Conductivity (cm/sec or cm3/sec/cm2)
ΔH/ΔL = Head loss per flow length (cm/cm)
A = Crosssectional area perpendicular to flow (cm2)
The ΔH/ΔL term is representative of the pressure which drives the liquid through the soil matrix, and is often termed “i”, transforming the equation to: Q = Kai or Q= KiA 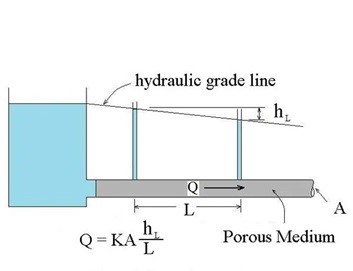 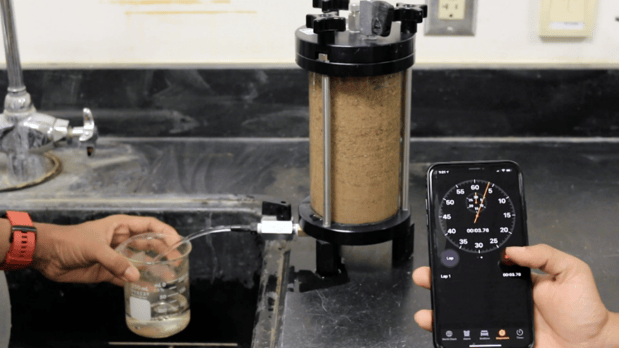 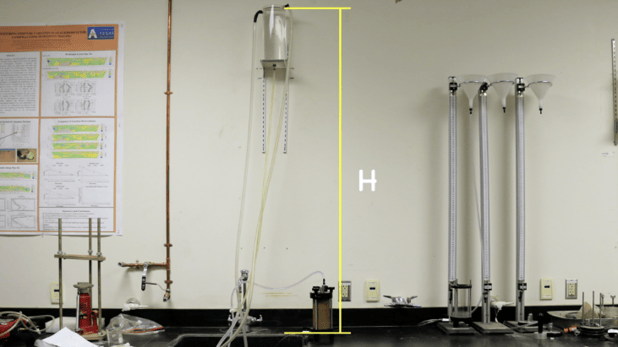 Plastics are nonporous, and liquids can only pass through by molecular diffusion in and through the plastic, or membrane. Diffusion is described by Fick’s First Law in a steady-state condition (Stark, Choi 2005):

Where:
JD = Diffusive mass flux, or flow (g/cm2-sec)
-D = Diffusion coefficient, expressed as negative to denote direction of flow (g/cm2/sec)
dc = Change in permeant potential from each side of membrane (g/cm3)
dx = Distance of flow (cm)
On a comparative basis these terms have similar resulting meanings in the two laws:

D is determined in the laboratory by measuring water or solvent vapor transmission using ASTM D814. More information on this testing can be found here. 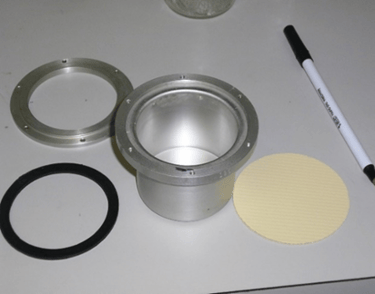 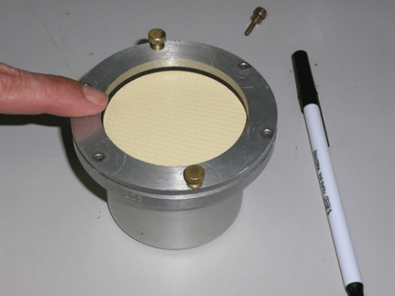 Permeation of liquids through a polymer membrane, including geomembranes, is a three-step process–with sorption governed by Henry’s Law–which is partial pressure driven and is an equilibrium condition.

Step 1: Sorption. Solution of molecules into the membrane at the side of higher potential governed by Henry’s Law. This is an equilibrium condition.

Step 2: Diffusion. Migration in and through the membrane on a molecular scale per Fick’s Law.

Step 3: Desorption. Release of the diffused molecules on the opposite side of the membrane, Henry’s Law. 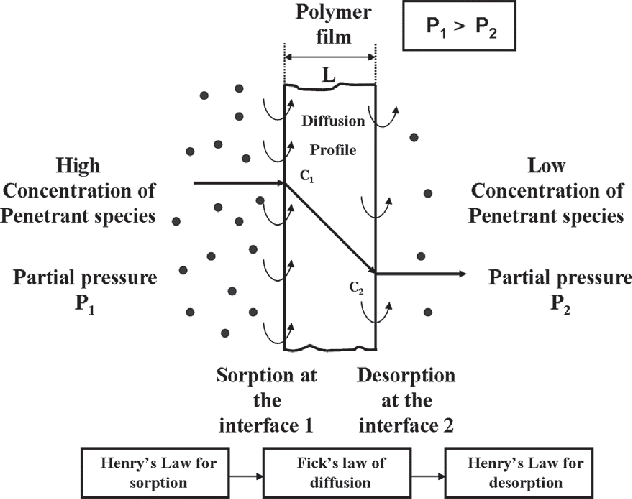 In the geomembrane industry, we routinely reference Fick’s Law as the sole mechanism governing permeation. Diffusion is usually the rate-determining step, but the sorption step (Henry’s Law) is important when evaluating the permeability of a geomembrane, particularly with various chemicals. A liquid must first enter the geomembrane in a molecular form. The nature of the permeant (chemical) in relation to the nature of the membrane has a good deal of influence on the sorption process.

In our next blog post, we will dig deeper into the factors influencing both permeability and geomembrane chemical resistance. 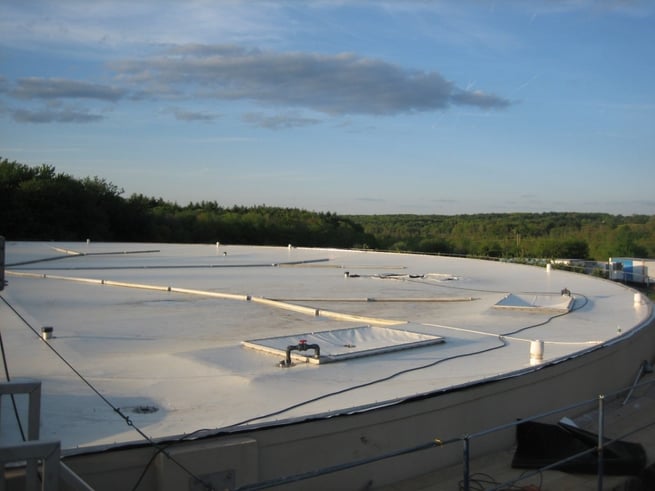