Six Observations from the Inspection of the 5-year-old geomembrane at the Knoxville, Tennessee World's Fair Park

The lake at the Knoxville, TN 1982 World’s Fair Park was relined with the XR-5® Geomembrane in March 2016. We first published a video case history about the application and installation at the time here and here, along with some observations about the installation process itself. Then after 18 months of service, follow up observations were made here. After 5 years, I had the opportunity to be on site for the bi-annual cleaning of the decorative pond and then subsequently was able to inspect the material and get feedback from the Public Building Authority (PBA), the city department in charge of operating and maintaining the park, including the Lake.

The Lake (referred to as the WFP Lake) contains water in a closed loop system. Chlorine based chemicals are introduced with the water in one end and then the water is pumped back to the head works area from the lower end. While swimming and human contact are prohibited, the City of Knoxville keeps the water disinfected through the addition of chlorine-based chemicals, both liquid and granular at the introduction point. Additionally, the lake is emptied and cleaned on an approximate biannual basis. The lake slopes to one end which allows it to be easily drained. Depth ranges from approximately 3’-5’ (0.9 m-1.5 m), one end to the other. 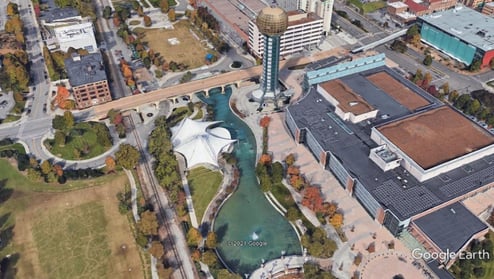 Here are the observations: 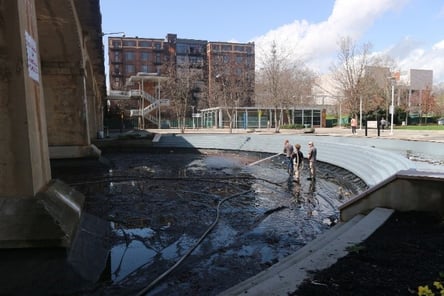 WFP Lake Geomembrane prior to cleaning


Click to watch a video on the cleaning here.

The original post regarding the installation pointed out the importance of a firm, stable subgrade. The subgrade at the site continued to feel secure with no evidence of soft spots or depressions which can place tension on the geomembrane. The XR-5® Geomembrane continues to function well in this very visible application. 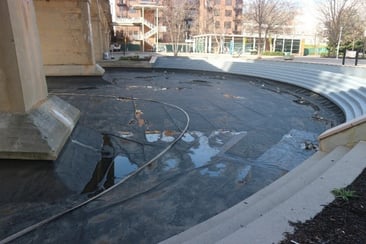 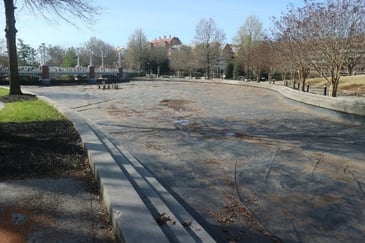 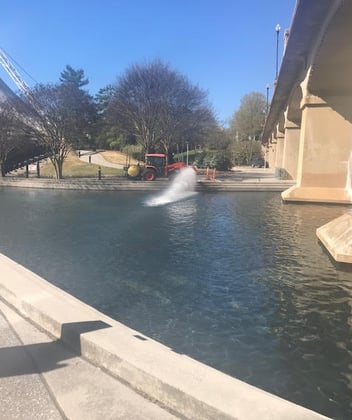 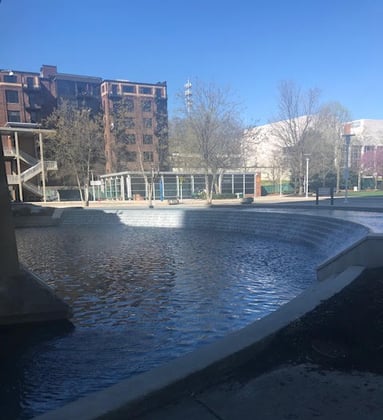 Fill-er Up!! Back in service after cleaning and inspection.

Note: All photos are Seaman Corporation. For more information on the XR® series of geomembranes, go to our website.