What are the Major Neglected costs in your Geomembrane Installation?

In late 2019, we posted a blog on the source of geomembrane installation costs. Note from the title of the post that there are major considerations beyond the costs to get to the point where the geomembrane goes into service as a containment barrier. In other words, there is a difference between initial and lifetime costs.

To take it a bit further, there is a difference between the initial cost of the geomembrane itself and the costs associated with the system, both initially and long term. 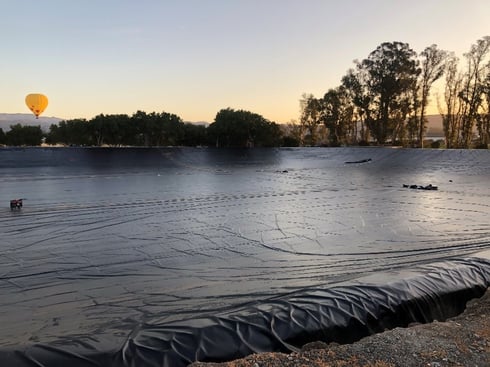 The 2019 blog considered four cost components of an installed geomembrane:

The analysis continued to assign costs to each of these four areas and contrasts those costs for two very different types of geomembranes: A heavily reinforced Ethylene Copolymer (EIA),

XR-5® by Seaman Corporation at two thicknesses, and a blown film polyethylene product, high-density polyethylene (HDPE) at three different thicknesses. Note the costs are intended to be representative only and are based on 2019 conditions.

The chart shows each of the four components in a cumulative manner to reach a total installed cost per square foot. Obviously with such different geomembranes, there are performance differences, but this is simply a cost comparison.

By looking at the individual cost components, one can conclude which products generally have a cost advantage and why:

The overall conclusion of this broad cost analysis implies that if compared as commodities, the HDPE film is less expensive initially. However, geomembranes are not commodities, so their performance differences must be considered vs. the project requirements. Maintenance and reparability impact lifetime costs as well. Additionally, some polymers require much more engineered protection for their use in geomembrane systems and additional capital costs.