It is not unusual for an engineer to be involved with a project that requires a geomembrane on an infrequent basis, as their use is usually a portion of an overall project. Being unfamiliar with how to interpret published chemical resistance data can cause confusion.

Chemical resistance data can be gathered from a number of sources, with geomembrane manufacturers being the No. 1 source. The second most common is from resin producers. As an example, here is a portion of the chemical resistance chart for a widely used chemically resistant geomembrane, XR-5®:

First, let’s take a look at the rating system used by most geomembrane manufacturers. Published compatibility data typically uses a three-tier rating system. The tier system can be “A, B, C,” or more specific such as “R, L, N” (Recommended, Limited and Not Recommended). Here is a general interpretation of each rating:

• A – Excellent long-term compatibility.
• B – Geomembrane is affected by long-term contact. Each manufacturer defines this secondary rating in a different manner; some say limited use while others say it is still acceptable for long-term use.
• C – Not recommended for use.

Also, the symbols “T” and “X” are quite common and are subjective (much like B) but are not based on direct data. Rather, they are actually technical opinions only:

Additionally, all ratings may be specified for certain temperatures, which in fact is very helpful as it is a specific data point.

With the variables that can exist in rating systems, it becomes difficult to even interpret published data. Most manufacturer-published commercial geomembrane compatibility charts typically contain statements indicating these are guidelines only and the responsibility lies with the user.

Here are the key ways to look at this data and know what it says:

1. Look at the actual material that the chart describes. It could be for the specific geomembrane, a generic version, a major resin component only, or it might be less specific.
2. Generally speaking, if an “A” rating is published, the manufacturer supports the use of that product (assumed to be the finished specific geomembrane) under the conditions of the rating (see next key way).
3. The descriptors of the secondary ratings (B or L) give insight into the specific chemical resistance. Are they worded, “against contact or long-term contact”? Do they indicate damage from contact? Is the performance of the material not compromised? Look at the way this rating is described to understand its meaning.
4. If your chemical of interest is rated as “T,” keep asking questions.
5. Don’t forget these are pure solutions (not mixtures normally). Initially, you can use the ratings as data points to preliminarily decide if this product may be a candidate. 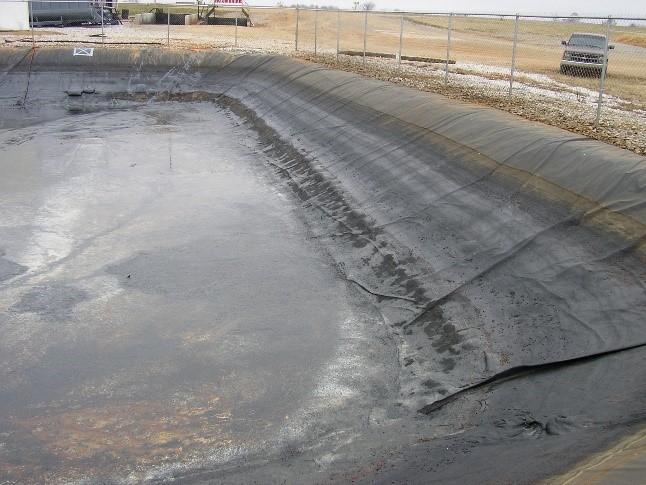