A recent upgrade to fuel storage at the St. Louis Lambert International Airport (STL) has been hailed as one of the few greenfield fuel storage facilities constructed in the U.S. since 1990. The XR 5 geomembrane provides protection against fuel releases into the environment at the facility.

Consulting engineers, Burns & McDonnell, began addressing issues with the existing fueling system in 2013. Subsequently, a consortium of airlines at STL joined together as the STL Fuel Committee to upgrade the 1957 underground fuel storage and hydrant system.

Expansion of the existing site was limited and aboveground storage with state-of-the-art environmental controls and protection was preferred. The chosen site was a former subdivision that had been removed due to noise abatement issues but offered a location free of contamination concerns. The site was noncontiguous with airport property and required the construction of a 2-mile-long pipeline through the airport cargo operations.

In 2022, this pipeline was awarded the Airport Business Project of the year by Aviation Pros. 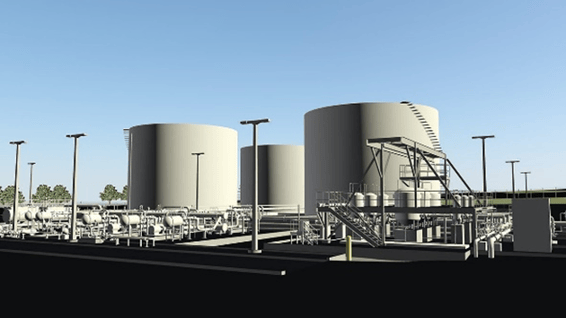 Three 1 million-gallon vertical steel storage tanks were constructed with space designated for future construction of a fourth tank. Initially, a secondary containment and a leak detection system was installed in what would become the area underneath the floors of the tanks. Historically, mechanical battens have been used to anchor the geomembrane and provide a leak-tight connection as shown in the following drawing. 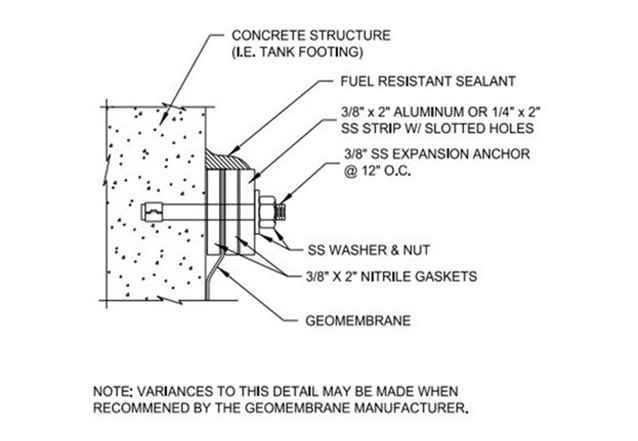 However, mechanical connections on the inside of the ringwalls were not used. An innovative technique for securing the XR-5 to concrete surfaces in new construction was provided by the manufacturer. An embedment strip made of the XR-5 geomembrane compound was cast into the ringwall itself. That allowed direct welding of the geomembrane to the embed strip, eliminating the otherwise needed mechanical attachment—resulting in cost savings and increased reliability.

This connection between the fuel resistant geomembrane and the concrete ringwall was continuous. Because access to the area under the floors will be difficult in the future, the XR-5 was selected to be this first, critical fuel barrier because of its high strength and long-term resistance to contact with jet fuel.

Illustrated below is a typical detail for the use of the XR-5 embedment strip. This innovative technique allows polymer-to-polymer connections in geomembrane systems and gives greater reliability for leakproof connections. 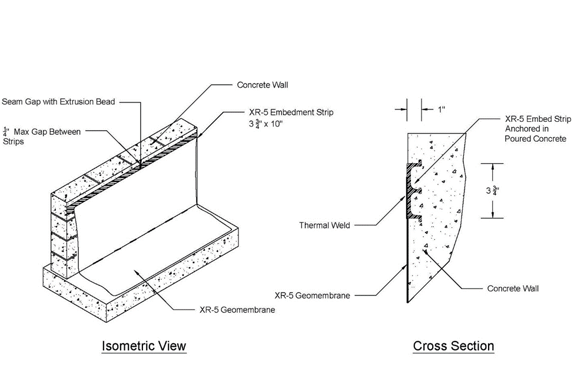 Similarly, an embedment strip was cast into the outside of the concrete ringwall. In fact, the embedment strip anchor was used for the perimeter wall anchors and for most of the concrete foundations supporting piping and geomembrane penetrations. This installation was innovative in that secure embed anchors were used almost exclusively instead of mechanical connections. 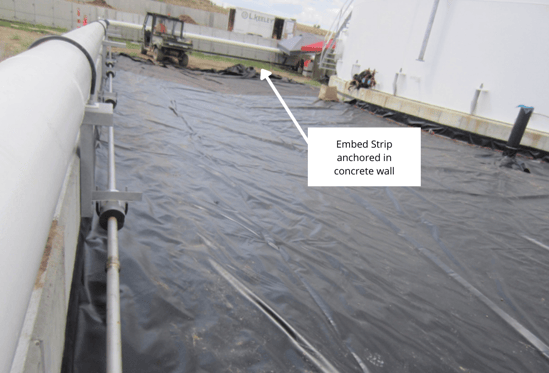 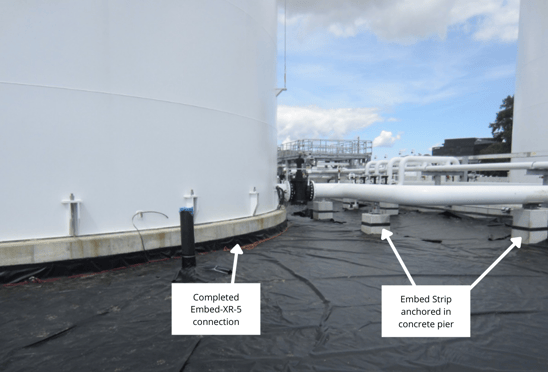 Upon completion, the geomembrane floor was covered with a 4-in. (10-cm) layer of stone. Normally, the XR-5 is left uncovered in secondary containment applications because of its high strength and negligible thermal expansion-contraction.

Tight working conditions in portions of this installation dictated that consistent, proper placement and retention of protective walkmats would prove problematic so aggregate was used. Note that a geotextile was not needed to protect the XR-5 from damage during or after installation of the stone. The embed-to-sheet connections were left exposed in most areas. 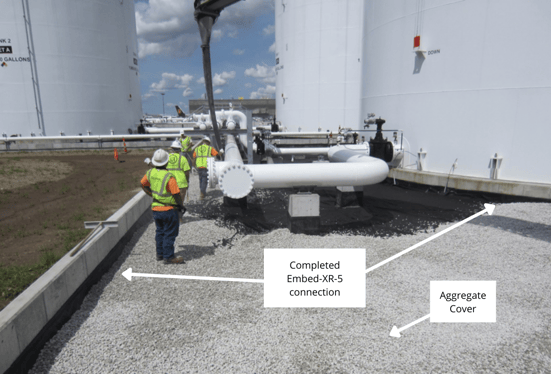 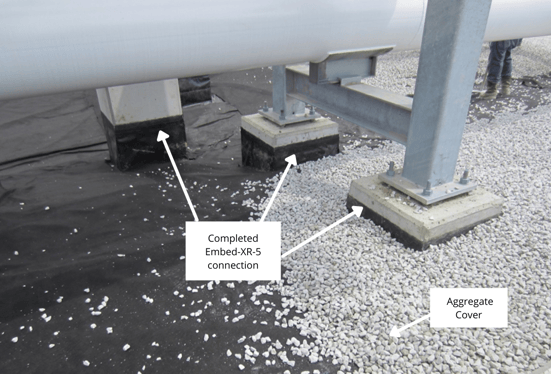 The facility was completed and began operation in April 2021. As STL moves to a new era of fuel management, the XR-5 geomembrane will be in place, securely providing containment assurance.

Learn more about this fuel project from Burns & McDonnell.
Find out more about the XR-5 geomembrane for jet fuel containment.

All illustrations are sourced from Burns & McDonnell unless indicated otherwise.